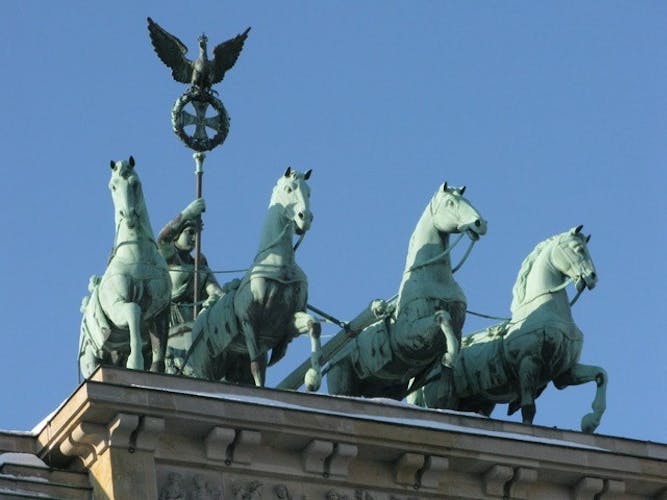 Learn more about the rise of the Nazis, WWII and the reign of terror

Delve with a historian into Berlin’s history as the capital of Nazi Germany during the Third Reich. Trace the developments of this notorious past and its effects on the progressive and cosmopolitan modern-day Berlin.

The tour starts at the iconic Brandenburg Gate to examine the main boulevard of the capital during the Third Reich before moving to Peter Eisenman’s controversial Memorial to the Murdered Jews of Europe, where you'll know more about the tragic events of the Holocaust. Then, the tour brings you to the former government quarter, pauses to visit memorials and significant sites of the Nazi period, and observes the architecture of buildings that remain. Stops will include the former site of Hitler’s Chancellery, the (now built-over) location of the Führerbunker, the former Reich Ministry of Aviation (Luftwaffe), and sites of other offices that directly contributed to the war.

To conclude the experience, the tour ends at the "Topography of Terror" exhibition, which stands on the site of the former Gestapo and SS headquarters.

Meet your guide at the Brandenburg Gate in front of the American Embassy.