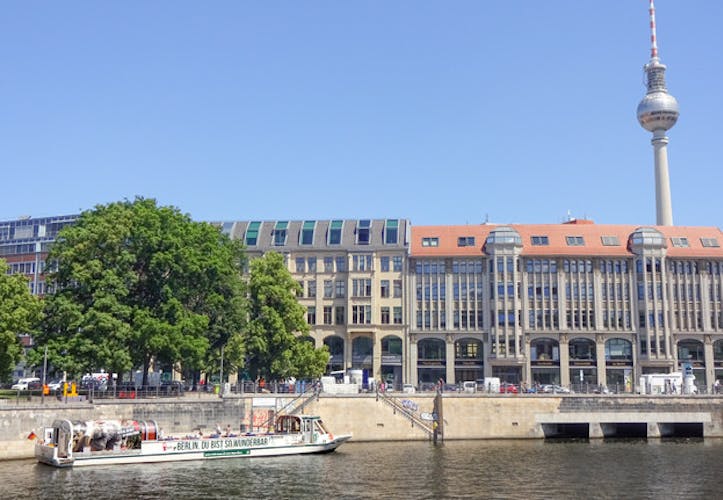 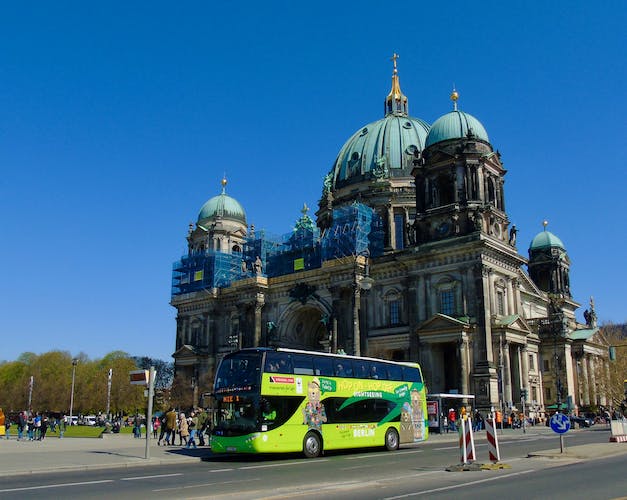 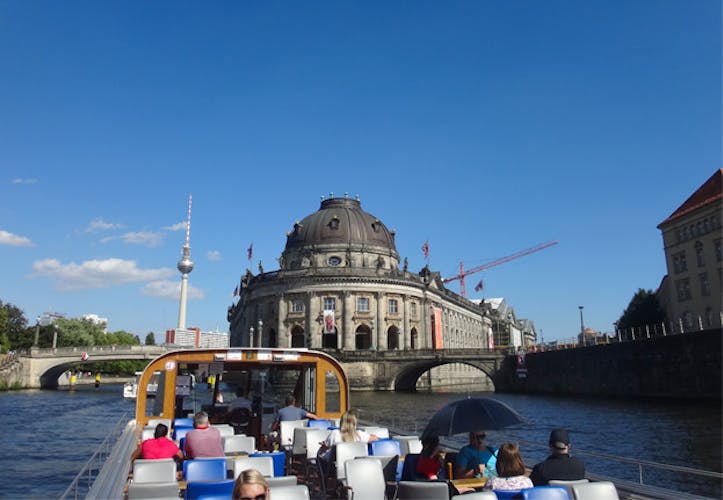 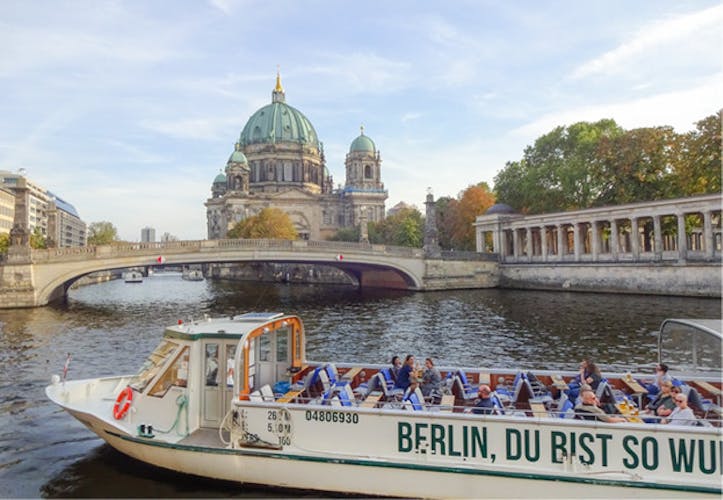 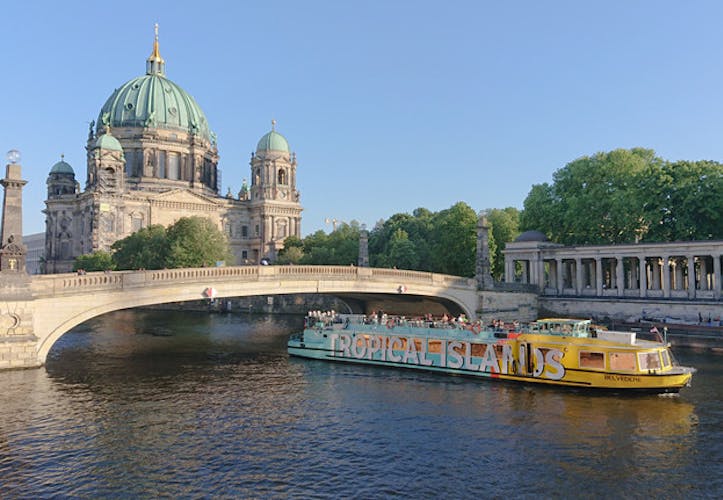 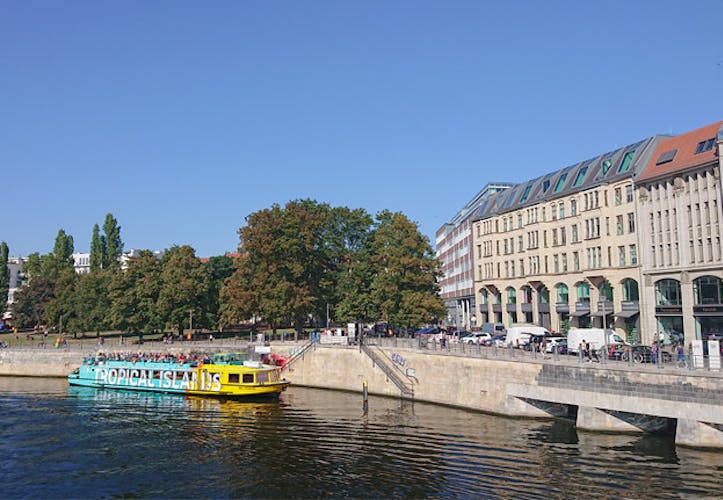 Choose between a 24 or 48-hour ticket

Explore Berlin at your own pace with multiple departure times

See all the top sights on 2 routes

Enjoy a 1-hour boat tour on the Spree River

Experience Berlin with a combination ticket that gives you access to two Hop On - Hop Off bus routes (either 24 or 48 hours) and to a 1-hour river cruise along the Spree river. Discover the German Capital and its breathtaking landmarks from both land and water.

Choose between a 24 or 48-hour ticket and hop on and off as much as you want. Onboard the comfortable and modern double-decker buses, an audio guide is available in 16 languages.

You can choose between two lines:

Your ticket also includes a 1-hour river cruise on the Spree. This tour covers attractions such as the Berlin Cathedral, the Nikolai Quarter, the Berlin Palace, the Pergamon museum, the Bode Museum, the Government District, and the Palace of Tears.

During the high season (on Friday, Saturday, and Sundays from April to October), participate in a free 1.5h walking tour around the topic of the "Third Reich and Cold war" included in the price of your bus ticket. This English and German guided tour starts at the Brandenburg Gate and walks you through the major sights of the 'center of power' where the Federal Chancellery, Jakob- Kaiser-Haus, and the Swiss Embassy are located.

Staff are regularly tested for COVID-19

Proof of vaccination or negative COVID test may be required, please confirm the local requirements before your visit

Guided tour through government district on Friday, Saturday, and Sundays from April to October

Hop on your bus tour in front of ADAC, Alexanderstrasse 1, located on the opposite side of the road from the Park Inn. Please cross the street and turn to your left.